The Man Who Sold His Life 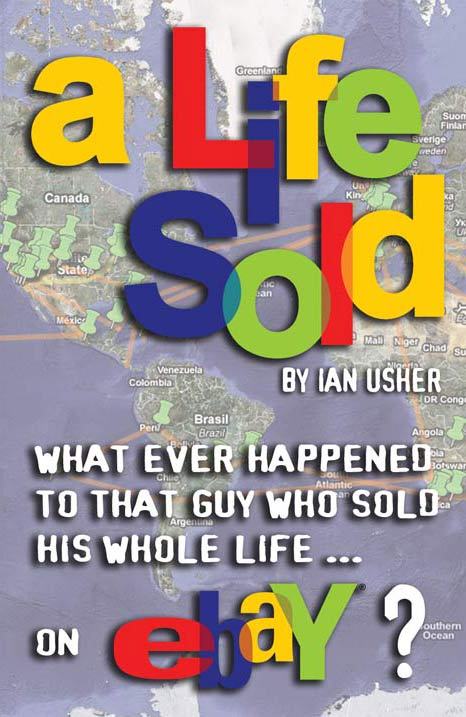 Back in 2008 a West Australian man by the name of Ian Usher experienced a sad marriage break up and was wanting to make a fresh start in life. So he did what any sane person would do…he put his entire life up for sale on ebay.

You could buy his house, his car, his jet ski and parachute gear. He would give you a start in his old job and he would even introduce you to his friends. He was essentially trying to leave that disappointing part of his life behind and re-invent himself.

Some of you may remember the story. The auction generated a lot of news interest all around the world as people contemplated the idea. Can you really do that?… Can you sell your life and walk away? I wonder what I’d get for mine?…

Well… at the end of the auction it was all a bit of an anti climax. There were no genuine bids – just a few hoaxes that ultimately fell thru. No one wanted to buy Ian’s life… You know why? It was a crappy life. If you’re going to buy ‘a life’ then surely you’d ‘trade up’ right?…

However a few months later he did get a buyer for his fairly modest 3 bedroom home in Wellard, he sold a lot of his stuff with the house, and walked away with around $380K in cash to start again.

Ian Usher came to a point where he said ‘this life I’ve created isn’t working for me.’ He at least had the courage to say ‘I need a new start in life.

Maybe you’ve had that feeling yourself. If only I could escape this life I am stuck in then I would do it differently – a whole lot differently. Few of us are in a space to do something as radical and dramatic as Ian Usher, but chances are we still long for a better life.

But my question to you would be what would that life look like? If you got your way, if you were able to live your dream, the life you have always hoped, then what shape would it take?…

Well let me tell you how it worked out for Ian. He left his home in WA and set off with 100 goals in 100 weeks. He went running with the bulls, diving with sharks, played a role in a Hollywood movie, met Richard Branson and joined the mile high club. Along the way he founded an online network for others who, like him, felt they had been ‘blindsided’ by life – as he called it. He blogged about his adventures and has self-published his book called ‘A Life Sold’.

Before his money ran out Disney bought the rights to his story and with the proceeds he bought a deserted island off the coast of Panama and set about building a house and establishing a new life with the new woman he had met.

He had done what so many hold up as the epitomy of life gone right. Ditched responsibility, moved away from the rat race to a deserted tropical island where he didn’t have to work and where he could wile away the days in self indulgent activities with no one to bother him.

Here’s what he wrote about that stage in life:

At first, we felt like we’d achieved the perfect life – sunny days skimming across the water in our little boat watching dolphins, snorkelling in clear water through shoals of fish. We were living on fresh seafood, bananas, pineapples, coconuts and eggs from the chickens that roamed freely across the island. But after a year, we realised we couldn’t spend the rest of our lives in a hammock sipping margaritas. We started to ask: “What’s next?”

What Ian Usher was saying was ‘I made it to the end of the rainbow but I was not satisfied. There has to be more…’ 8 years on from the sale of his ‘life’ I wonder if Ian Usher is more content now with who he is?

Is he more settled in himself – has he found what he was looking for?

And more disturbing is ‘what if he hasn’t?’ Because he done everything we are instructed to do by our culture to find personal happiness. He has lived his dreams, denied himself no pleasure and sought to do whatever his heart has desired.

It was Jesus who said ‘I have come that you may have life – life in all its fullness’ and he said that life is found in relationship with him – in surrender to him – in doing life HIS way. It certainly won’t look like the caricature of the perfect life we are often sold by the marketers, but then you have to ask yourself – who really is telling you the truth?…

Gathering in the holiday season.

Why We Do What We Do